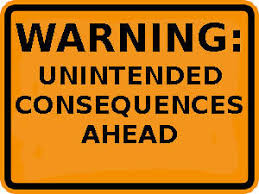 Beware the Effect of New Rules for Financial Advisers

Imagine if it was announced that workers who had obtained their qualifications before 1990 were required to repeat their education and had only five years in which to do so.

Imagine further if the body entrusted with managing this process spent two years deliberating over what the requirements would be, leaving would-be students in limbo.

Many older workers might conclude the return for undertaking this re-qualifying didn’t warrant the effort, so might elect to sell their practice and retire earlier than planned.

However, with so many selfemployed workers doing the same thing, they would be selling in a “buyers’ market” with business valuations falling as a result of the excess supply.

Financial planners across Australia are caught in this trap as the result of changes to laws governing the delivery of financial services in Australia and the glacial pace at which key authorities have released details of how these laws will be implemented.

Thousands of financial planners now must consider the financial implications of stopping work early and selling their business at a greatly reduced price.

These often frightening implications must be weighed against a major commitment to obtain the necessary qualifications to be able to extract fair value for the business that has been built up over a lifetime of work.

And spare a thought for the young financial planner who has just bought into a practice, perhaps mortgaging her house to do so.

Now she discovers that, not only is the business worth a lot less than she paid for it, but the revenue stream on which she relied to service that debt is about to dry up.

This is what is happening to financial advisers:

› All advisers are required to have “degree equivalent” qualifications by January 1, 2024, irrespective of their level of experience or the extent of industry-based training they have undertaken, or they will no longer be allowed to practise.

› All of the four major banks, plus AMP, are extricating themselves, to varying degrees, from owning financial advice licences, leaving their advisers to find new “homes”. › Commissions that were “grandfathered” (preserved by law) when commissions were removed from investment products are to be done away with.

› Advisers have recently bought businesses based on these soon-tobe-removed revenue streams; a “double-whammy” of revenue shrinkage and business value compression.

It is little wonder that the level of suicides and stress leave in the industry are at unprecedented levels.

But, leaving aside the problems for the profession itself, consider the implications of the current big reduction in financial adviser numbers on an already under-serviced market.

That’s not something our nation has the financial resources to contend with.

Wayne Leggett is a director of Paramount Financial Solutions