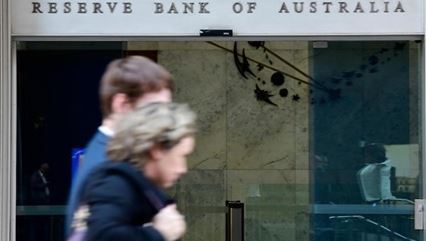 Australian interest rates have been cut to their lowest level in history.

The official rate is now just 1.25 per cent.

The Reserve Bank board met today and agreed to lower the rate from 1.5 per cent.

The decision to cut the rate to 1.25 per cent – a level never before seen in the modern era – has officially pushed the economy into a new rate-cutting cycle.

The major banks will now face pressure to pass the rate cut through to customers with mortgages.

ANZ has already said it will only pass on 18 of the 25 basis point cut.

And we can already prepare to see another rate cut this year.

Last month, the RBA governor Philip Lowe said he expected the economy’s growth rate to pick up from 2.3 per cent to 2.75 per cent by the end of this year, while maintaining a steady unemployment rate, but that that forecast was built on the assumption that he would cut rates twice this year.

Economists think the next cut could be delivered in August.

Mr Lowe said today that despite strong employment growth over the past 12 months, rising participation, and reports of skills shortages in some areas, there has been “little further inroads” into the spare capacity of the labour market recently.

In fact, the unemployment rate ticked up to 5.2 per cent in April.

That means the economy can sustain a lower rate of unemployment before inflation begins to rise meaningfully.

“Today's decision to lower the cash rate will help make further inroads into the spare capacity in the economy,” Mr Lowe said in a statement.

“It will assist with faster progress in reducing unemployment and achieve more assured progress towards the inflation target.”

The RBA tries to keep the annual inflation rate sitting within a 2 to 3 per cent range over time, but inflation is just 1.3 per cent.

It is trying to spur inflation growth because it doesn’t want our expectations of the inflation rate to be stuck at such low levels – otherwise it will be harder for inflation to rise.

“The RBA board will continue to monitor developments in the labour market closely and adjust monetary policy to support sustainable growth in the economy and the achievement of the inflation target over time,” Mr Lowe said.

Earlier today, Treasurer Josh Frydenberg told bank bosses their customers should have the full benefits of a cut passed onto them.

The rate, which reflects what the central bank charges commercial banks on overnight loans and influences the setting other interests rates, has sat at a record low of 1.5 per cent since August 2016.

Mr Frydenberg met with the CEOs of the four big banks in recent days to urge them to pass on the benefits of a lower rate.

Borrowers with an average home loan of $400,000 would save about $58 on their monthly repayments if the cut was fully passed on.

But while the banks are under pressure to pass on the RBA cut in full, some experts are sceptical that they will, as the banks continue to look for ways to recover loss profit margins eroded by previously high funding costs.